44 Best Marathon Jokes to make you laugh out loud!

1. Why did the marathon runner end up in jail?
For resisting a rest.

2. I kept telling a pun to the passersby during a marathon.

It was a running joke.

3. My friend Ty came in first in the Beijing marathon, but he wasn’t given the gold medal. The Chinese refuse to recognize Ty won.

4. Is it really that wrong to hate an entire race?
I just find marathons waaaaay too long to enjoy any part of them.

5. Training for a marathon can be hard work
But it’ll be good for you in the long run.

6. I’m like a cross between a marathon runner and a sprinter.
I can jog short distances.

7. How do you know if someone runs marathons?
Don’t worry, they’ll freakin’ tell you!

8. [friend is telling me about running a marathon]

9. I’m binge-watching this show and they keep doing bits about marathons.
Guess it’s some sort of running joke.

12. I guess my nose is training for a marathon.
It’s been running since morning..

They just look so hard to organise.

14. I’m training for a marathon with my friend. Every day when we hit the trails he tells me the same thing, and it always makes me laugh.
It’s a running joke.

15. We’re always making fun of our friend who threw up during a marathon.
It’s a running gag.

16. Seriously, do not mess with a marathoner.
They run the streets.

17. I showed up to run a marathon, but realized that I had forgotten my water bottle.

I decided to run anyway. I finished in 3^st.

18. I’m going to compete in a marathon dressed as Michael Jackson.
I’m not sure which race yet.

19. Did you hear about the Мexican guy who ran that marathon?
He juan.

20. I‘ve decided to run a marathon for charity.

I didn’t want to do it at first, but apparently it’s for blind and disabled kids so I think I’ve got a good chance of winning. 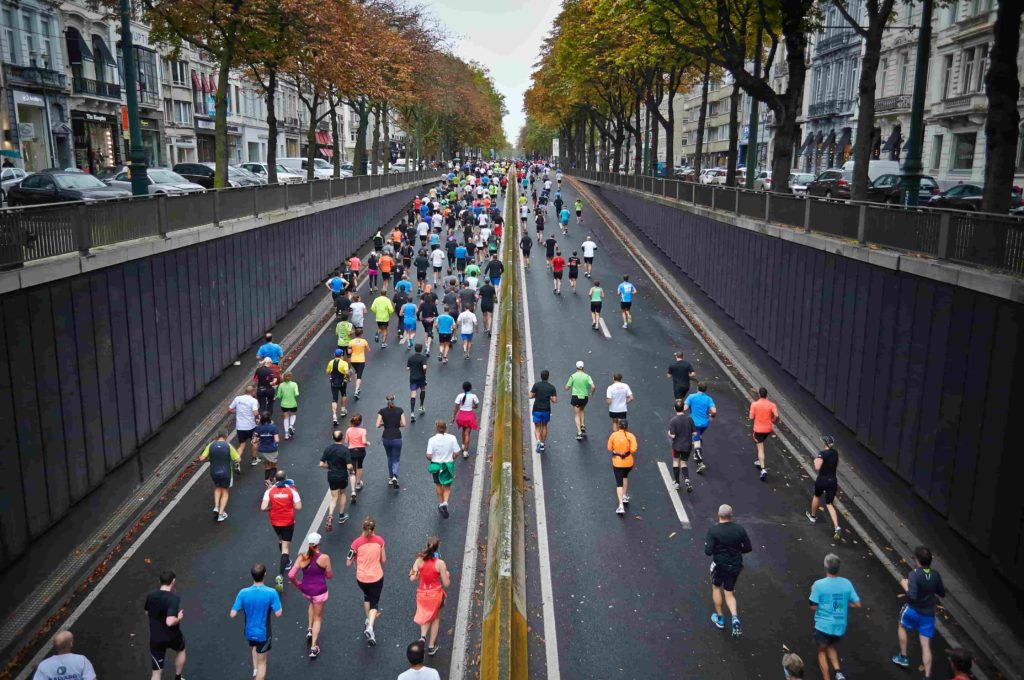 21. Is this a bad time to say that I really like certain races and absolutely hate others?

The hundred metres dash is my favourite. The marathon is awful.

22. Did you hear Han Solo will be running next year’s London Marathon?

He says he reckons he’ll be able to finish in less than 26 miles.

At the end, I had raised enough for a cab ride home.

25. Why didn’t the programmer win a marathon?

He had a runtime error.

I win because I’m driven.

27. “I’m thinking of running a marathon again.” I told my friend.
“You’ve run a marathon before?” she asked, with an air of admiration.
I said, “No, but I’ve thought about it.”

28. What’s more covered in sweat than a marathon runner at the end of a race?

Josh Duggar at a family reunion.

29. What is a marathon runner doing when he starts a marathon in Russia that ends in Finland? Russian to Finnish.

30. What do you call a Spanish marathon runner?

31. So there was a marathon in Sweden that went all the way to the Еastern border.

I guess you could say the race ended at the Finnish line.

32. When is the best time to run a marathon?

During Lent. That’s when you fast.

33. Why did the marathon runner sprint at the start of the race?

His pacemaker was malfunctioning.

34. What did the Jamaican say after winning the barefoot marathon?

35. I was thinking of running a marathon.

But I think it might be too difficult getting all the roads closed and providing enough water for everyone.

36. Did you hear about the man that won the marathon?

37. I’m never again donating a dime to any charity raising funds for a marathon.

They just take the money and run.

38. I met a guy from the Middle East after a marathon. I asked him if he walked it.
No, he said, Iran.

39. Last year I entered a marathon.

The race started and immediately I was the last of the runners. It was embarrassing.

The guy who was in front of me, second to last, was making fun of me. He said, “Hey buddy, how does it feel to be last?”

I replied, “You really want to know?”

Then I dropped out of the race.

40. Wish me luck in the London Marathon today. I managed a respectable 3 hours, 12 minutes, last year… This year, I will try to beat that but I usually get bored and end up turning over to watch something else…

41. I have started eating McDonalds after deciding to run a marathon.

I need some fast food.

42. I treat everyday like I’m running a marathon tomorrow…

I rest, don’t run and load up on carbs.

43. My friends won’t stop teasing me for giving up in a marathon after only 1 mile.

44. Marathon runners with bad footwear suffer the agony of defeat.

Download Vitesse Running: The only app created with workouts from Olympic runners: 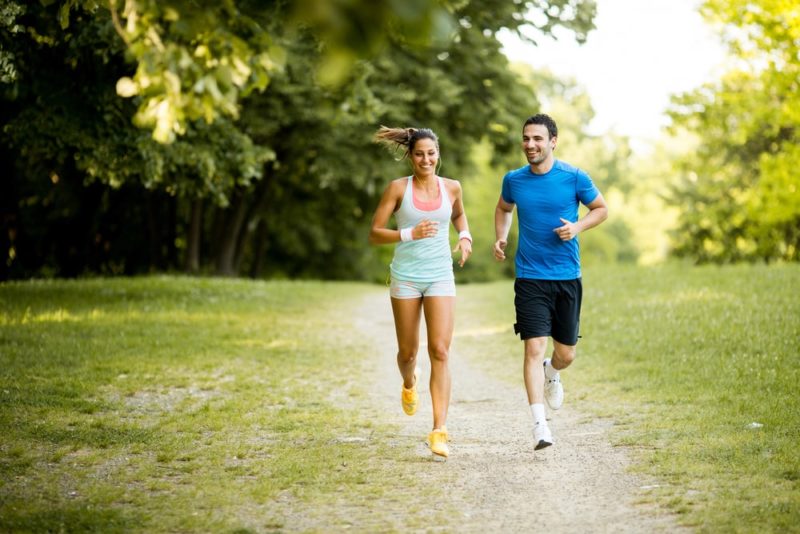 5 Things No One Tells You About Running

Find out the 5 things no one tells you about running and what you need to learn the hard way. Learn these secrets and fall in love with running! 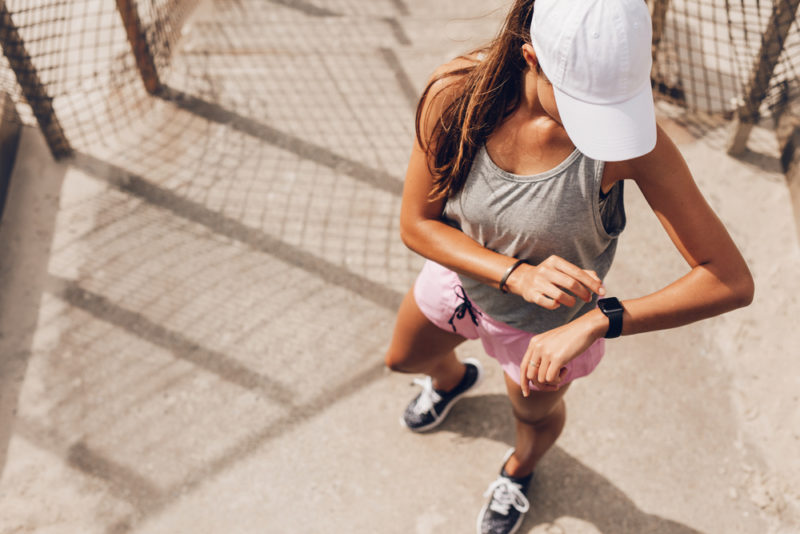 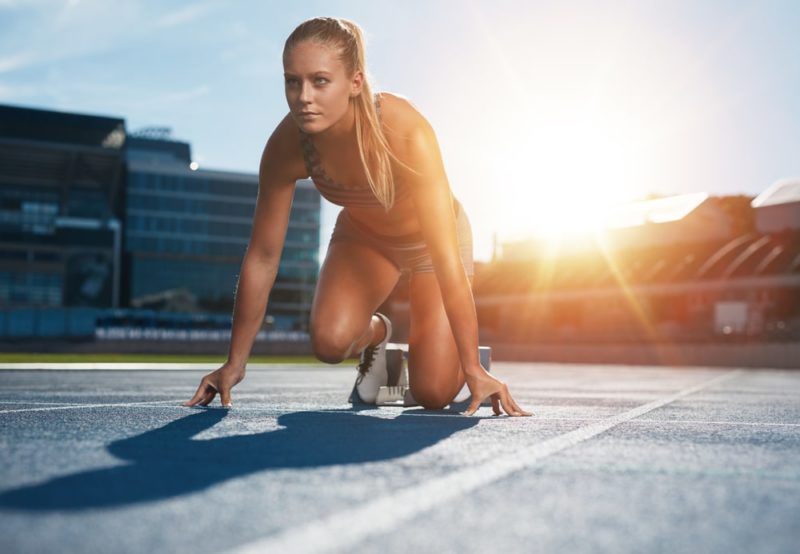 8 Tips for Sprinting – How to increase your running speed

Sprinting helps you run faster not only for short distances, but it can overall improve your running speed. Here are 8 tips for sprinting from an Olympic runner.

Stay up to date on our latest news and announcements